A landmark legal case is being brought by garment workers against Tesco and social auditing firm Intertek for negligence and against Tesco for unjust enrichment. 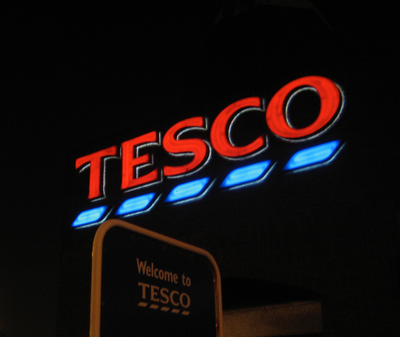 Burmese migrants were made to work up to 99 hours a week on unlawful wages and in forced labour conditions at a Thai factory making clothes for Tesco's F&F fashion range, it is alleged in a legal action brought by a group of workers. A letter before action detailing the allegations has been sent on behalf of 130 migrant factory workers and one migrant child by law firm Leigh Day. The letter of claim is the first step in legal proceedings and notifies the defendants of the workers' allegations.

The workers, who are all Burmese migrants who had fled war or left Myanmar in the hope of finding safety and work in Thailand, worked at the V.K Garments factory in Mae Sot between 2017 and 2020 in various roles including cutting, tailoring, and packing. The workers are bringing a legal claim against Tesco PLC; Ek-Chai Distribution System Company Limited (owned by Tesco PLC until 2020); and the UK headquartered auditing companies Intertek Group PLC and Intertek Testing Services (Thailand) Limited which inspected and certified V.K. Garments' working conditions and practices and Tesco's F&F products.

Intertek Plc have responded and deny any liability on the basis they have no contractual relationship with Ex-Chai, VK Garments or the Claimants and that Intertek Thailand conducted audits under industry standards and by auditors pre-approved by Tesco. Ex-Chai, Tesco's Thai subsidiary until 2020, also denies liability primarily on the basis that they had no involvement in the employment conditions at VK Garments.

In their legal case it is claimed that impoverished migrants were paid at most just £4 a day, working seven days a week, trapped in a cycle of forced labour and debt bondage at a V.K Garments factory in Mae Sot. Bosses controlled their migrant worker permissions and immigration documents, and housed them in unfit and overcrowded conditions where they slept on cement floors with little or no privacy due to there being no locks, walls or ceilings, it is alleged.

Workers say that pressure to fulfil large orders for Tesco F&F suppliers was so intense that they were often unable to take breaks to eat, drink or go to the toilet, sometimes working through the night in conditions that were hazardous, unventilated and overcrowded. They claim they had to work from 8am to 11pm Monday to Saturday, and on Sundays were permitted to finish work at 5pm unless orders meant they had to work longer. They were given one day off a month, with no holidays. They worked in high temperatures without ventilation, PPE, training, or clean water. There was poor lighting and exposed electrical wiring. Many of the workers suffered personal injuries as a result of these alleged unlawful working conditions and practices, with one worker having his arm sliced when he was moving heavy machinery to prepare for a planned audit and another worker being taken to hospital to be rehydrated by drip.

Despite working excessively long hours, the workers say they were paid significantly lower than minimum wage. Under Thai law the workers should have been paid £7 for eight hours' work, plus £1.34 an hour overtime, plus holiday rest and severance pay. Instead, the majority of daily wage workers (workers paid a day rate) were paid £3 a day and piece rate workers (workers paid per garment) were mainly paid £4 a day. Overtime pay was rarely paid. Charges for rent and immigration documents were deducted from wages, often leaving the workers so short of money that they had to turn to loan sharks, leaving them in a state of debt bondage with no alternative but to remain working at the factory in order to service the debts.

The workers say they were unable to raise concerns with the factory, or to express objections to the dangerous and unsanitary living and working conditions, due to the fear that they would be blacklisted from other factories, or subjected to financial penalties for doing so. They say were also unable to refuse the factory's unreasonable demands due to the fear of losing their job and/or not being permitted to work. As a result of the intimidation and threats, many of the adult workers are suffering from continuing psychological harm.

Despite both Tesco and Intertek conducting audits at the factory, the unlawful activities that are reported to have been taking place were not identified or not reported, and/or not properly remediated and this contributed to or caused the workers injuries.

In 2020, the workers filed a complaint with the Thai Department of Labor Protection and Welfare (DLPW) about the factory's failure to pay two years' of full wages including holiday pay and overtime, severance pay and severance pay in lieu of advance notice, totalling £765,000. Relying on an Intertek audit, the DPLW refused to order the factory to pay most of the wages sought by the workers and instead ordered the factory to only pay severance pay.

The Tesco Group had operations in Thailand from 1998 to 2020. The business generated £50 billion revenue, and £1-2 billion in profit each year between 2015 and 2020. The F&F clothing business is worth £1.7 billion and the workers claim that a significant proportion of its profits are likely to be attributable to the low operating costs and use of cheap and/or free labour at the Mae Sot factory in Thailand. The legal case asserts that Tesco PLC consistently sourced F&F clothing from the factory from 2017 to 2020 and was aware of the origin of the clothing and was also aware, or ought reasonably to have been aware, of the unlawful housing conditions and factory working conditions and practices.

Intertek consistently conducted audits at the V.K. Garments factory between 2017 and 2020 and did not accurately identify or report what was happening at the factory and housing.

Tesco and Ek-Chai are accused of negligence for permitting, facilitating and/or failing to prevent the unlawful working and housing conditions which caused the workers injuries and losses. They are also accused of being unjustly enriched at the expense of the adult workers and are liable to make restitution of that enrichment under Thai law.

Intertek is accused of negligence for failing to identify and/or report the unlawful working and housing conditions, causing injury to the workers.

Leigh Day has asked Tesco and Intertek to settle the workers' claim. If this does not occur the workers will consider progressing the matter in the High Court.

Some of the workers have described their experiences:

Hla Hla Htay, 55, said: "I was employed as a Quality Controller. I worked 7 days a week. We had to check 100-150 shirts per day. Sometimes we had to check 500 shirts per day if the orders were large. They would force us to work overnight to achieve these targets. During these times, we finished at 5am, we would then come back at 12pm to carry on working. We did not get a lunch break, we had 1 spoon of rice and continued working."

Nan Win Win Yi, 39, said: "When I was living in the compound they deducted fees for my accommodation for rent, social security, passport/work permit renewal...I had to borrow money for daily living costs such as house rent especially when our wages are late from vendors and colleagues. The interest rates for the vendors were 20% and 10%. When I worked at V.K. Garments I was always in debt - it was 20,000 debt plus the interest rate. My mental health worsened due my worries about the wages and debt."

Zin Mar Oo, 29, said: "I felt unsafe sometimes because even though they deducted from our wages to renew the work permit, they would delay and if the police came we would need to hide from the police. If we [didn't] follow their instructions, or if we didn't treat the manager or leader [well enough] they would not give enough garments. Most of the workers didn't get enough wages so we would borrow from our friends but we wouldn't be able to pay it back."

Leigh Day partner Oliver Holland said: "The alleged treatment of vulnerable migrant workers in the way they have described to us is totally contrary to the ethical image that Tesco seeks to portray in the UK – a company of this size should be taking steps to ensure that workers producing their products are not mistreated. The social auditing industry is seriously broken and the garment industry's reliance on social auditors like Intertek should end now and they should start to take greater responsibility for their supply chains to ensure endemic issues like forced labour are wiped out."

Ilana Winterstein, Urgent Appeals Campaigner at the Clean Clothes Campaign, said: "This case exemplifies the spectacular failings of the multi-billion dollar social auditing industry, which has operated without transparency or accountability for far too long. Social auditors, such as Intertek, prioritise protecting brand reputation over workers' rights, and their abject failure to prevent exploitation has devastating results. We welcome the legal claim against both Tesco and Intertek. Both companies have dramatically failed the VK Garments workers and justice is long overdue."