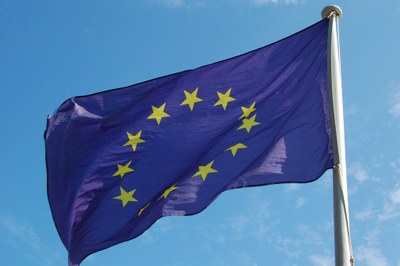 We, the undersigned civil society organisations, coalitions and trade unions, welcome the European Commission’s (Commission) legislative proposal for a Regulation on prohibiting products made with forced labour on the Union market.

With the significant rise in modern slavery according to the newly released 2021 Global Estimates, we need urgent, meaningful action and laws to tackle the exploitation of workers around the world. Yet, the Commission’s proposal is not enough for the 17.3 million people in forced labour in the private sector and the 3.9 million people in state- imposed forced labour.

We believe this proposal is an essential step toward building a smart mix of tools to help eliminate forced labour across the world, as per EU commitments. We welcome in particular the wide scope of the proposal, in that it covers all products from all regions and all company sizes, big and small.

However, the proposal falls significantly short of its potential and in particular fails to put workers at its heart. We therefore call upon the European Parliament and EU Member States to improve the proposal where it is missing its purpose, whilst building on its key positive elements. Below are our most important concerns and initial recommendations on how to effectively address them.

Of greatest concern is that the proposal completely fails to take into account the fate of workers forced into exploitation, both inside and outside the European Union. It is essential that the proposal is amended to focus on ensuring that workers receive remediation, and to make sure that both affected and potentially affected workers’ views and interests are taken into account at all stages of the investigation and decision processes.

Further, the role of economic operators who are buyers and therefore should remediate (or support remediation) should also receive attention during all stages of the investigation and decision-making processes.

Overall, the process of pre-investigation, investigation, final decision, remediation and further enforcement process needs to be reformulated to be worker and remedy centred. While we welcome the attention paid to due diligence measures undertaken by com- panies under investigation as a key element to avoid irresponsible disengagement, we underscore that due diligence should not be held as a shield against the opening of an investigation. Crucially, the pre-investigation must focus only on the determination of whether there is a substantiated concern of forced labour. However, the role of due diligence could be considered in the investigation stage in that it, as above, allows for companies to prove adequate remediation (or support for remediation) has been meaningfully provided and measures have been introduced to prevent recurrence of forced labour, prior to any decision to destroy products.

It is regrettable that, currently, the proposal foresees only one ultimate sanction: the prohibition to place these products on the market, coupled with an obligation to dispose of existing products. Such a decision relies on a very high evidentiary standard with the burden of proof being placed entirely on the Member State competent authority. This means that products under investigation will remain freely available on the market pending the outcome of the investigation, in which time they can be readily rerouted to other markets, thereby depriving the Regulation of its effectiveness and essence. As such, we recommend co-legislators to seek alternatives to the wasteful destruction of goods, including by imposing a suspension period to products’ market circulation until a final decision on the product is made.

During the investigation process, competent authorities should engage with workers and their representatives to enable workers to use a potential ban as leverage to improve conditions and enable remediation and access to justice, as well as to identify and mitigate any potential unintended consequences on affected workers of imposing a ban. It is fundamental that the appropriate remediation and preventative measures are discussed and decided upon with relevant stakeholders, communities, workers and their representatives, including trade unions, to ensure they respond to the actual needs of affected workers and are credible, appropriate and crucially include reform of purchasing practices. Such measures should also be tied to the lifting of any product ban.

In proving the provision of remedy and preventative measures, companies must not be allowed to rely on code of conducts, social audits, and other contractual clauses that have already been proven wholly ineffective to meaningfully address forced labour in companies’ value chains. We note that Article 4 (3) refers only to yet non-mandatory obligations of due diligence, without any guarantee around their appropriateness nor any formal validation or monitoring process. Generally, the Commission should include in its guidance (article 23) criteria on determining the appropriateness of the due diligence measures undertaken by companies and clearer indications on which standards to follow. As legislation very much complementary to the Corporate Sustainability Due Diligence Directive, both texts should be thought through in parallel to ensure they are meaningfully designed to address forced labour.

Beyond remediation, the proposal also poses ambiguities in terms of the scope of its enforcement:

• First, in its focus on product-line level, it disregards the fact that forced labour is of- ten a systemic pattern across an entire producer, manufacturer or importer - regardless of the product. Therefore, while identifying products is important as a starting point, forced labour should not be addressed in silos. The Regulation must explicitly include the scope to extend findings to all products from an entire production site or economic entity, given that forced labour will not be isolated to one product line within a facility. Simply put, the problem is the facility and not the product per se.

• Second, the proposal fails to explicitly include the scope for bans on entire product groups from a region, such as cotton from Turkmenistan and the Uyghur Region. As such, the proposal poses severe limitations in addressing systemic state-imposed forced labour (SIFL). In the absence of a clear procedure for regional bans, this will vastly reduce the power of this law to address the pervasiveness of SIFL in EU supply chains and compel companies to remove it. The text should thus be amended to explicitly include the possibility to establish region-wide bans, and, where relevant, align their scope with forced-labour based sanctions (for example, under the EU global human rights sanctions regime) to ensure legislative coherence, impact and legal certainty for companies.

Companies should also be required to map and publicly disclose their suppliers, sub-suppliers and business partners in their whole value chains. If not, competent au- thorities, as well as petitioners, will face significant obstacles to identify the presence of entities implicated in forced labour within a company’s value chain. While we appreciate that the proposal requires companies to disclose details of their value chain, upon re- quest and to the competent authorities only, when put under investigation (article 5(3)), this measure is far too weak to make any impact and enable efficient implementation of the regulation. Making this essential information public, as well as the decisions on offenders, would also assist companies (and small and medium sized enterprises in particular) to assess the risk of forced labour in their value chains and to undertake effective due diligence measures. It would also help the general public, concerned groups, organisations, communities and workers themselves to monitor the situation and submit better information on alleged violations to the competent authorities.

Beyond the lack of remediation for affected workers, the proposal also fails to address the root causes of forced labour. A set of accompanying measures would be required to support workers, trade unions, civil society, human rights defenders, small and medium enterprises, smallholders and local communities - wherever forced labour occurs. This could include, among others, capacity strengthening and funding to sup- port communities and workers to address the root causes of abuses such as discrim- ination, power imbalances, unfair purchasing practices and production delays, lack of livelihood opportunities, the absence of a living wage, land rights, etc. These measures would empower affected workers and stakeholders to better understand and claim their rights and restore their own agency.

Finally, it is essential to ensure that all affected stakeholders, including but not only petitioners, should be protected from retaliation when engaging with companies and enforcement authorities either during the investigation or while discussing remediation measures. Confidentiality should be automatic (unless otherwise mentioned by the petitioner themself) and the workers’ condition as a potential victim of forced labour should take full precedence over any potential immigration enforcement action, for example, whether or not the investigation concludes that there is a situation of forced labour.

We trust that the co-legislators will use this unique opportunity to improve this proposal in order to make it truly impactful for those who suffer daily across the world. As the lasting impacts of the COVID-19 pandemic remain, and armed conflicts and climate change create unprecedented risks of modern slavery, it is essential that the European Union adopts an ambitious proposal that demonstrates global leadership in addressing modern slavery meaningfully.