Clean Clothes Campaign has written a timeline of the decade-long process of achieving an Employment Injury Insurance Scheme in Bangladesh. The memo exposes the arguments between brands and employers that lead to huge delays and highlights the need to continue campaigning to turn the pilot into a long-term reality. 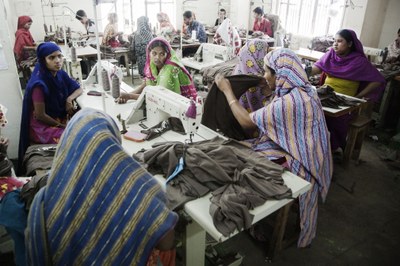 In late June, the Bangladeshi government, in association with employers, trade unions, the International Labour Organisation (ILO), Germany, and the Netherlands, successfully released a landmark pilot project of the country's first Employment Injury Insurance (EII)scheme for garment workers. This pilot has been in progress by the ILO since 2015.

Ineke Zeldenrust of Clean Clothes Campaign remarks, “This is a milestone for the over 4 million garment workers in Bangladesh. Seven years have passed since all parties agreed to introduce an EII scheme and five years since the proposal of a ‘bridging solution’.”

This pilot programme comes off the back of almost a decade of work and considerable pressure from Bangladeshi trade unions and civil society organisations supported by Clean Clothes Campaign. To highlight the long history of the EII pilot scheme and the disasters that acted as catalysts for brands and employers, Clean Clothes Campaign has pulled together a timeline of the process. This timeline tracks the history of the scheme, the bridging solutions that came in between and shows the heavy campaigning that occurred to ensure the pilot was successfully implemented.

Ineke Zeldenrust of Clean Clothes Campaign states, “We have been campaigning on an injury insurance scheme since 2005. The pilot was hugely delayed due to disagreements between brands and employers. Brands told us that they believe the employers should pay, and the employers told us they believe the brands should pay, even though everyone agreed the relative costs are minimal, and the urgency and benefits were high. This has left countless injured workers and has left victims’ families without adequate and guaranteed compensation.”

Gerben de Jong, who closely monitored the discussions of the pilot as CCC adviser argues, “For the pilot to be successful and lay the foundation for a fully-fledged employment injury insurance system, it will be crucial that international brands and retailers explicitly factor in the costs related to the injury insurance scheme in their pricing, and that the employers have registered all their workers."

Read the timeline of the EII process here.