New data and a new facility checker have been added to the fashion supply chain transparency tool, Fashion Checker. Learn more about what brands' commitments to paying a living wage to their suppliers really means for garment workers. 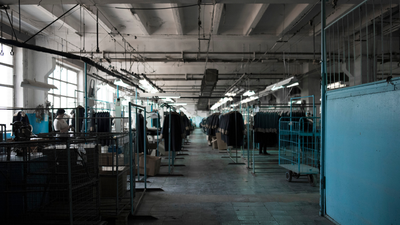 Fashion Checker is vital tool for journalists reporting on wages and conditions in the global garment industry, presenting up-to-date information on transparency in fashion brands supply chain. The tool allows journalists to look at individual factories supplying major brands, with accessible data on wages paid in comparison to local living wage benchmarks, gender breakdown of workforce and prevalence of permanent contracts. The data, covers more than 267 companies and 226 factories and wage data. The new Facility Checker allows you to search garment prodcution factories and suppliers to find out which brands they source and shows you what data is available about workforce composition, average wages and living wage gaps.

Since the project started in 2019, 42 brands have signed and aligned with the Transparency Pledge, making the total 60 brands. The Transparency Pledge sets the minimum information that garment companies should disclose publicly about the factories they are producing in. However, some of the wealthiest and fastest-growing fast fashion brands are still unwilling to improve on supply chain transparency, including Inditex and Shein. This is highly problematic as supply chain transparency is a crucial first step towards more accountability.

In the midst of the inflation crisis in Turkey, with inflation rates as high as 80% at times, brands are failing to take meaningful action to increase wages. Brands with over 200 facilities in Turkey include: Arcadia Group, Boohoo, New Look, Asos, Mango, Esprit and Inditex.

Whilst more brands are meeting demands to sign the Transparency Pledge, isolate labour costs as part of an action plan and make a public commitment to paying living wages, it has not yet resulted in increased wages for most garment workers.