The complaint focused on C&A’s substandard efforts to tackle problems at a supplier in Myanmar, where the company had their clothes produced. In 2018, the management of the garment factory repressed the trade union that had just started. Our repeated attempts to get C&A to take action came to nothing. 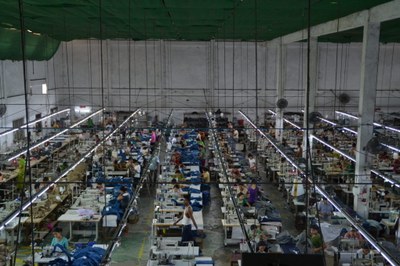 The Complaints and Disputes Committee of the former Dutch Agreement on Sustainable Garments and Textile published its final ruling on the complaint that SOMO, Clean Clothes Campaign Netherlands, and a labour rights organisation in Myanmar filed against C&A in July 2020. The petitioners have been vindicated on important points. Nevertheless, the outcome is insufficient. Freedom of association was not guaranteed. The committee lets C&A get away with that. The procedure, which lasted almost two years, was also seriously lacking in efficiency and accessibility. And the affected workers in Myanmar do not gain anything from the judgment.

The Complaints and Disputes Committee ruled that C&A had not engaged in sufficient dialogue with the Myanmar labour rights organisation,[1] Clean Clothes Campaign, and SOMO about the problems with trade union freedom in the factory. Also, the fashion company should have entered into a dialogue about their departure from Myanmar.

The complainants also denounce the lack of quality of the complaints procedure, in terms of duration, predictability, and accessibility. The procedure had a very unpredictable course involving extra inserted hearings and an unanticipated interim ruling.

At this moment, European and Dutch legislation on international corporate accountability is being developed. It is essential that any new law contain an enforcement mechanism that provides effective access to remedy and justice for rightsholders. The experiences gained through this complaint can serve as valuable lessons for how such an enforcement mechanism should be set up.

Christa de Bruin of Clean Clothes Campaign Netherlands said: “Our experience with the complaints procedure of the former Dutch garments agreement shows how not to do it. It is essential that European and Dutch legislation contains rock-solid provisions for transparent, effective, and accessible complaints mechanisms, which is not the case in the current EU proposal.”