As global fashion brands face commercial retaliation in China over their statements against the use of forced Uyghur labour, the advocates leading the campaign against forced labour in the Uyghur Region are calling on companies not to trade their human rights principles to hang onto commercial advantage. 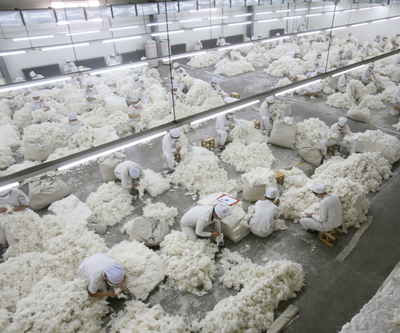 The Coalition to End Forced Labour in the Uyghur Region is calling on leading brands and retailers to ensure that they are not supporting or benefiting from the pervasive and extensive forced labour of the Uyghur population and other Turkic and Muslim-majority peoples, perpetrated by the Chinese government.

“The Chinese government is threatening commercial consequences against apparel brands that have taken a public stance against Uyghur forced labour,” the Coalition to End Forced Labour in the Uyghur Region said in a statement. Subsequently, several brands, including VF Corp., Inditex, and PVH, have removed their own policies against forced labour from their websites. The Coalition believes “These brands’ behaviour – like that of the numerous other brands that have remained silent on the issue of Uyghur forced labour – emboldens the Chinese government in its crimes against humanity in the Uyghur Region.”

Since the pressure campaign on Chinese social media aimed at silencing brands that speak out about the use of forced labour in the Uyghur Region, several other brands have reaffirmed their use of Xinjiang cotton, including MUJI, Hugo Boss, FILA and ASICS. “We believe this behaviour is morally reprehensible and the shame of these corporations will be enduring,” the Coalition asserted.

“Placing profits over human rights carries a major price,” the Coalition said in its statement. “Millions of consumers worldwide who do not want to be made complicit in Uyghur forced labour are going to be watching to see how companies react to this bullying. Will they reaffirm their opposition to forced labour and crimes against humanity or will they cave to pressure? This is a moral test for the world’s apparel brands. We will see who passes and who fails.”

The coalition, comprised of civil society organisations and trade unions united to end state-sponsored forced labour and other egregious human rights abuses against people from the Uyghur Region in China, known to local people as East Turkistan, urges national governments to strengthen and enforce existing laws prohibiting trade in goods produced using forced labour, and to adopt and implement binding laws requiring human rights due diligence in supply chains. The coalition is further committed to working with multilateral organisations like the ILO and OECD to use their mechanisms to end forced labour in the Uyghur Region as well as forced labour and human trafficking of people from these communities.