The leader of Solidarity Trade Unions of Myanmar (STUM) has been released by the military. 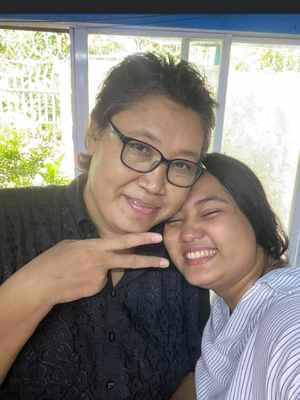 We are happy to share the news that Daw Myo Aye, leader of Solidarity Trade Unions of Myanmar (STUM), has been released from Insein prison in Myanmar. She has been held in detention since April and was moved more recently to solitary confinement where she was also denied visitors, including her lawyer. Insein prison is notorious for its inhumane conditions and serious overcrowding and, due to a lack of safety measures, Covid-19 was spreading quickly throughout the population. Daw Myo Aye's health was deteriorating as she suffers from a kidney condition but she was being denied medical care.

Her release follows the announcement by the military that they are releasing 5,600 political prisoners, although more than 7,300 are currently being held. The mass release comes after a decision by foreign ministers from the Association of South-east Asian Nations (Asean) to not invite Min Aung Hlaing, the leader of the military junta, to a regional summit because of his failure to commit to de-escalating the crisis in Myanmar.

Following the junta's announcement, Daw Myo Aye's family were waiting anxiously outside the prison gates yesterday, although the junta gave no word on who they were letting out. This morning she was finally released and her family are overjoyed to have her back with them. We remain concerned for her safety as the risk of rearrest is high, and will continue to monitor the situation.

Thank you to all who reached out to embassies and shared Daw Myo Aye's case. We continue to stand in solidarity with all those held unjustly by the Myanmar military, and all working to bring democracy and freedom back to Myanmar.