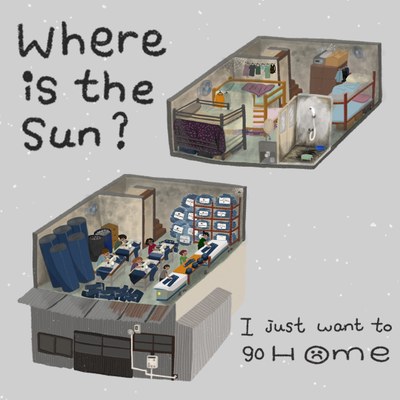 A new report by the Clean Clothes Campaign (CCC), titled ‘Made In Japan’, is released today, uncovering the reality of life for migrant garment workers under the state-supported TITP. Based upon research and interviews with migrant garment workers producing for domestic brands, the report highlights a range of violations including debt bondage, illegally low wages, verbal abuse and unsafe working and living conditions, including TITP workers sleeping in the factories where they work. Coronavirus has resulted in a state of emergency being declared in Japan due to a sharp rise in cases, and migrant workers are particularly at risk given the over-crowded and unsanitary working and living conditions they are subjected to.

Established by the Japanese government in 1993 with the aim of solving the worker shortage resulting from an ageing population, Japan’s domestic garment production relies heavily upon TITP migrant workers yet the Labour Inspection Office in Japan found almost 70% of the businesses that had hired TITP workers were in violation of labour laws. Migrant workers are especially vulnerable to exploitation as they often do not speak the language and lack community support or access to legal advice, and their situation has become even more precarious during this pandemic. Workers report being forced to work 18 hours a day, seven days per week in times of peak production, earning poverty pay of ¥200 – 300 (USD $2-3) per hour, far below the statutory minimum wage of ¥754 (USD $7.13), plus overtime. Added to this injustice is debt bondage, with some workers reportedly being charged USD $6,000 by agencies as an enrolment fee for the scheme.

"The United Nation Human Rights Council has criticised TITP for years, yet the Japanese government has still not taken the necessary steps to reform the programme and protect the rights of migrant workers. The government relies on migrant workers to mitigate the labour shortage, however it is refusing to stop their exploitation,” said Johnson Yeung, Urgent Appeal Coordinator of the Clean Clothes Campaign East Asia said.

Zhen Kai, a labour rights advocate from Soudon.com, an organisation which has helped over 200 migrant workers escape exploitation by their employers, said: “The Japanese government should provide legal advice and an interpretation service, as well as temporary accommodation for victims of forced labour in the TITP programme. The current provision is completely inadequate and workers do not get justice as they are unaware of their rights and cannot speak Japanese.”

CCC calls on the Japanese government to take immediate active steps to protect the legal rights of migrant workers. Drastic government reforms are urgently needed given the current health crisis as migrant workers continue to put their lives at risk producing in overcrowded factories where social distancing is impossible.