Amidst Wave of Deadly Fires, Bangladesh Government Threatens to Expel the Only Credible Building Safety Programme in the Country and Further Suppress Workers’ Rights

On the sixth anniversary of the Rana Plaza building collapse, labour rights groups are calling on the government of Bangladesh to cease attempts to expel the Accord on Fire and Building Safety from Bangladesh and to urgently increase safety efforts for the buildings currently under the government’s oversight, which include tens of thousands of factories across all industries. 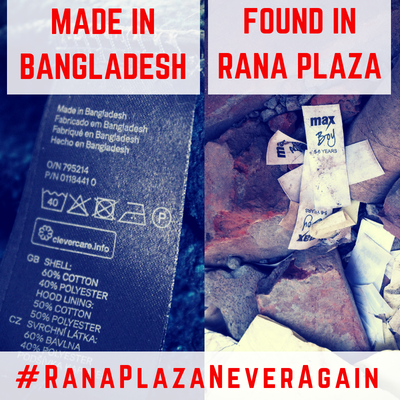 Over the past two months, at least 95 people have died in preventable fires in buildings that were within the monitoring purview of the government of Bangladesh. The safety crisis is indisputable. An investigation by the Bangladesh Fire Service and Civil Defence showed 97% of the 3,786 buildings surveyed in Dhaka to be “risky” or “extremely risky.”

The Accord on Fire and Building Safety in Bangladesh is an enforceable agreement signed by apparel brands and trade unions three weeks after the Rana Plaza building collapse of 24 April 2013 killed 1,134 garment workers. The Accord provides independent safety inspections, transparent remediation protocols, as well a worker complaint mechanism and training. As a result, unprecedented safety improvements have been made to factories across the country. Yet, the government and the factory owners’ association are trying to expel the Accord from the country, threatening the safety of millions of workers. A hearing on 19 May in the Appellate Court under Bangladesh’s Supreme Court could require the Accord to close its Dhaka office and operations without taking into account whether national agencies would be ready to take up the work. Recent research by the Clean Clothes Campaign, International Labor Rights Forum, Maquila Solidarity Network, and Worker Rights Consortium shows a shocking level of unreadiness by the government to assume responsibility for the 1,688 factories under the Accord.

“The terrible fire at FR Tower, which housed several garment brands’ buyers offices, showed that the same combination of owners’ negligence of building regulations and authorities’ failure to inspect buildings and enforce regulations that made Rana Plaza possible is still a daily reality in Bangladesh,” said Ineke Zeldenrust of Clean Clothes Campaign. “The responsible authorities had failed to notice or act upon the knowledge that the building had no safety licenses, violated building construction rules, had no fire-protected exits, and kept many of its emergency doors locked, despite earlier fires in the building. The fires in Chawkbazar district and at Anzir Apparels also underscore that the government is not upholding its own laws.”

In response to largely peaceful protests in December and January by workers seeking a dollar an hour minimum wage, police responded violently, killing one worker and injuring dozens of others. At least 65 garment workers have been arrested and as many as 11,600 have been dismissed, most of whom have been unable to find other jobs due to systematic blacklisting. “This is the most extensive repression ever faced by garment workers in Bangladesh,” said Judy Gearhart of the International Labor Rights Forum. “How can we trust a government with ensuring the safety of workers, when it is shooting at those same workers in the street? The government is prioritizing safeguarding its position as offering the cheapest labor in the region over the safety and well-being of workers.”

The 193 Accord signatory companies have a binding obligation to only source from factories where the Accord has verified that the fire, electrical, and structural safety remediation process is on track. Cognizant of that obligation, brands have made clear that a premature termination of the Accord could endanger the safety of workers employed in the garment industry, which is a risk they would need to consider in their business decisions.

“The forced closure of the Accord’s Dhaka office will cause brands to see the country as a far riskier place to produce,” said Laura Gutierrez of the Worker Rights Consortium. “This will have grim consequences for workers and factory owners alike.”

“The Accord remains the only credible instrument preventing factory incidents in a country where the government’s inspection agencies do not yet have the capacity or willingness to enforce safety measures,” said Lynda Yanz of the Maquila Solidarity Network. “Fortunately, apparel companies continue to recognise this, with two new brands signing onto the agreement last week. Companies that source from Bangladesh and think that less transparent or non-binding alternatives might provide the same level of protection for their workers, and brand reputation, risk seeing tragedy strike again in their supplier factories.”

One such grossly inadequate alternative is Nirapon, the successor initiative to the less transparent and non-binding Alliance for Bangladesh Worker Safety that was created in 2013 by some North American brands that had refused to join the Accord. Nirapon describes itself as a “self-regulating” entity for safety in Bangladesh – this amounts to the same kind of failed voluntary model under which hundreds of garment workers died prior to the Accord’s formation. According to its website, Nirapon will not publicly identify factories that do not meet the standards and will have no authority to require remediation in factories where imminent life-threatening conditions have been identified or to suspend factories that fail to remediate those safety hazards. Nirapon claims that factory assessments will be carried out by a list of “qualified assessment firms,” but the list of such firms is kept confidential and there is no mechanism to ensure that these firms are equipped to carry out in-depth fire, building and electrical safety inspections. Nirapon’s website acknowledges that it will not work with factories to drive remediation, and offers no clear mechanism through which safety violations will be addressed.

A premature cessation of the Accord’s operations in Bangladesh would be a major setback for worker safety in the country. In the interest of protecting garment worker safety, the Bangladesh government and factory owners’ associations should work with the Accord to achieve agreement on a responsible transition plan that is conditional on the readiness of national inspection bodies before the next court hearing on 19 May.