by christie — last modified 2018-06-26 10:31
The European Union and the government of Bangladesh face an excellent opportunity to show they are serious about workers’ rights in the garment industry. 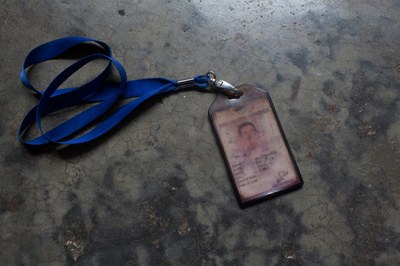 Muhamed is a Bangladeshi worker, doing his utmost to earn a living for himself and his family. So was his brother, until he died in a factory incident last year. In the garment industry often women earn the money for the family, but not in case of his brothers’ family who lost not a husband and father, and also their breadwinner. Now Muhamed is trying to make ends meet, not for one but for two families. Bangladesh lacks a national scheme to ensure workers or their families a decent living after being injured or killed on the job.

In April 2013, the Rana Plaza collapse put the spotlight on the labour situation in the Bangladeshi garment industry. What it revealed was not pretty. Bangladesh had notoriously dangerous factories and low wages, workers were prevented from organizing, and unions that did exist faced violence that went unpunished.

The collapse proved to be a wake-up call, creating a strong wish to make these dire working conditions a thing of the past. Within three weeks, the Bangladesh Accord on Fire and Building safety was launched by trade unions and brands and successfully started to make factories safer. Also governments moved: three months after the collapse, the Sustainability Compact was signed between the government of Bangladesh, the International Labour Organization, the European Union and the United Stated (later to be joined by Canada) with a range of sweeping commitments in the field of labour law and freedom of association. The government of Bangladesh later also agreed to work with the ILO to establish a national employment injury insurance system.

After the shock: violations continue

The actual results are sobering. Last year, labour advocates concluded that Bangladesh had made little to no progress on the commitments made in the Sustainability Compact. The most visible manifestation of this failure to move freedom of association forward was the crackdown on trade union activists that started after spontaneous wage protests in the Ashulia district in December 2016. Charges were filed against 34 trade union leaders, about 1,600 workers were dismissed and trade union activists were harassed across the country. Similarly, the work towards creating and implementing an employment injury insurance scheme shows little progress. And while the Bangladesh Accord has reached important results in improving factory safety, the government of Bangladesh raises doubts about the possibility of its successor, the 2018 Transition Accord, to fulfill its role until an independent assessment judges national institutions fit to take over.

The need for a trade investigation

These developments are worrying. Bangladesh is the second garment exporter in the world, with four million workers, mainly women, toiling in its industry. The country enjoys trade benefits under the EU’s Generalised Scheme of Preferences’ most favourable regime “Everything But Arms”, which allows duty-free and quota-free access to the EU market on condition of a certain standard on labour conditions. Five years after Rana Plaza, Bangladesh is far removed from meeting these standards.

Trade unionists and labour activists have repeatedly called upon the European Commission to take these labour rights violations seriously and start an investigation into whether Bangladesh still meets the requirements for preferential treatment. The European Commission has failed to seriously respond to this call, despite setting the government of Bangladesh a deadline that has now long passed. This month, the International Trade Union Confederation, Clean Clothes Campaign and HEC-NYU EU Public Interest Clinic have therefore filed a formal complaint with the European Ombudsman claiming that the European Commission is failing its human rights obligations in its trade policies towards Bangladesh.

On 25 June, the government of Bangladesh and the European Commission are presented with an excellent opportunity to address these issues, during the fourth annual review of the Sustainability Compact. The EU should use this occasion to increase pressure on the Bangladeshi government to improve labour conditions and to ensure full cooperation to the 2018 Transition Accord. The Compact meeting should conclude with a concrete and time-bound plan to establish national employment injury insurance, and launches an investigation into whether Bangladesh is still eligible for the trade benefits it enjoys.

Employment injury insurance, which should include a bridging solution to cover the factory incidents that happened since Rana Plaza, would allow Muhamed and his sister in law to move on with their lives - focusing on overcoming their grief instead of scrambling for a living. And improvements in the field of freedom of association would enable workers to stand up for their own rights - to better wages, safer work, more job security - and improve the working conditions in the world’s second largest garment producing country for themselves.

Read more here about the need for employment injury insurance.