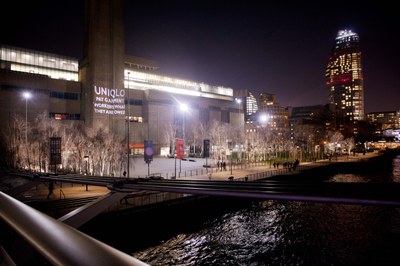 Labour rights activists from War on Want, Labour Behind the Label and the Clean Clothes Campaign last night beamed the messages across the walls of Tate Modern - one of London’s most iconic buildings – after claiming that to date Yanai and his company are ignoring the plight of 2000 workers left unemployed after two of Uniqlo’s Indonesian suppliers collapsed in April 2015. They hope that with the support of people around the world these messages will finally catch the attention of Mr Yanai – one of Japan’s richest men and the only person who can make sure these workers get what they are owed.

The projections come just hours before Tate Modern hosts an event, sponsored by the fast fashion retailer, which aims celebrate the 100 year anniversary of the Representation of the People Act by showcasing some of the most exciting and creative feminist groups in London  through a mix of art, music, films and workshops.

Thulsi Narayanasamy, War on Want’s Senior International Programmes Officer says: “Tonight's Tate Late rightly celebrates the amazing activism that women have and are still engaging in, by showcases creative and inspiring methods that woman have used to demand their rights and raise their voice. We absolutely support the event itself and the organisations involved, however we believe Uniqlo should not be able to buy credibility through sponsorship while simultaneously ignoring the voice of thousands of women workers whose labour made them rich enough to do so. We hope that those participating in Uniqlo’s Tate Late tonight will recognize the Jaba Garmindo workers as sisters in the same struggle.”

In April 2015, two Indonesian clothing factories closed down over night without paying legally required severance payments and several months of wages to its mostly women workforce.  The factory closures followed the sudden bankruptcy of the company after its major buyers, most notably UNIQLO, withdrew their business from the factory. The thousands of workers employed by Jaba Garmindo were given no warning that their factory was in trouble and many found themselves suddenly unemployed after decades of working for the company.

“It’s plainly unjust that workers who made Uniqlo clothes suffer needlessly, while the Uniqlo brand continues to grow and thrive, generating billions in profits. The money we are owed, we earned over years of working hard to make Uniqlo clothes, and to refuse to pay us is tantamount to wage theft,” says Teddy Senadi Putra, of Labour Union PUK SPAI FSPMI formerly at PT Jaba Garmindo.

Since the factory closures, 2000 Jaba Garmindo workers have been demanding UNIQLO accept its share of the blame in what happened to their factory. Legal processes have now been exhausted and there is nowhere else to go for their payment. Many workers are older and have little chance of finding new employment; despite their many years of work the low wages they received during that time mean they have little savings to fall back on. Global campaigners have now joined the Jaba Garmindo workers to shine a light on UNIQLO’s unacceptable behavior and make sure consumers are aware.  This is the first of a series of actions being planned around the world and accompanies a global petition that has nearly 20,000 signatures.

Many of UNIQLO’s closest competitors have agreed to contribute to the payment of severance claims in cases where a supplier went bankrupt.  Nike, adidas, Disney, Fruit of the Loom, Hanesbrands, H&M, Walmart, and Jack Wolfskin have all taken active steps to ensure that workers received wages and severance payments owed when supplier factories went bankrupt.  These buyers either directly provided the funds owed to workers themselves, or pressed their supply chain partners (factory owners, buying agents, etc.) to do so, so that the workers received the sums that they were due under law.

Dominique Muller, Labour Behind the Label's Policy Director, says: “Uniqlo wants to position itself as a world-leading brand – sponsoring the Tate is just one of the ways they are trying to do so. Their tired excuses for inaction show they are not the cutting edge innovative brand they claim to be, but the Jaba Garmindo workers refuse to be ignored. We urge Uniqlo to start listening to their workers and take immediate action to rectify the injustice they have suffered.” 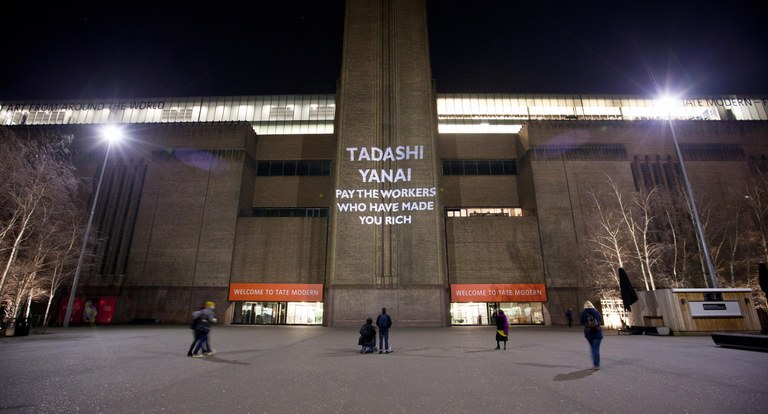