Why is the Bangladesh government scapegoating the victims of the deadly boiler explosion?

by christie — last modified 2017-07-19 11:28
According to media reports, police have filed a criminal complaint against ten people following the July 3rd explosion at the Multifabs Ltd. facility. The complaint accuses the individuals of negligence of duty, injury and murder. The only three individuals named in the complaint were killed in the explosion. An inquiry into the causes of the explosion has yet to be completed. 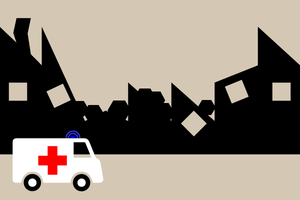 The filing of criminal charges against workers killed in the boiler explosion at Multifabs seems to be an abuse of power by the police, which shifts attention away from the responsibilities of the owner under Bangladesh Labor Law. As the Office of The Chief Inspector of Boilers has already issued notice against the owner to pay 20,000 BDT as a fine for running a boiler without clearance, and which was also expired, this criminal case against the workers and excluding the employer is an alarming attempt to blame the victims. In addition, the police could not possibly, in the space of a single day, have completed a serious investigation.

By contrast, news accounts provide early, though not conclusive, indications that the boiler itself was defective [https://www.dawn.com/news/1343286].

It is also extremely unusual to file a case against the deceased, which denies the opportunity of self-defense for defendants, and inevitably hampers legally prescribed steps of investigation. These charges, which scapegoat the victims of this disaster, have three negative impacts. They impede any genuine investigation, are likely to produce an unfair judgment, and add to the misery and pain of the grieving families of these workers. They also distract attention from what should be the primary focus of post-disaster inquiry: the regulatory performance of the government, the safety practices of the factory owners and managers, and the question of how many other factories in Bangladesh are at risk of such a catastrophe.

Instead of blaming the victims of this disaster, the authorities should be focused on conducting an independent, transparent and thorough investigation of the real causes of the explosion. An equally pressing priority is to compensate the families of the deceased and to ensure full medical care and compensation for those injured.

Following the Tazreen and Rana Plaza disasters, the Government of Bangladesh committed to implementing a national compensation scheme following the standard of the International Labor Organization, and building on the experiences from the Rana Plaza Arrangement. The government is dragging its feet on implementing the scheme, which is only increasing the suffering for these victims as well as those of other recent fatal safety incidents like the Pakiza fire of June 2017.

It is the shared responsibility of the authorities, the employers and apparel brands sourcing from the Multifabs Ltd to ensure that all families and injured workers affected by the explosion are provided full and fair compensation. The disaster also demonstrates the need for boiler safety to be covered by the Accord on Fire and Building Safety, which inspects and oversees the safety renovations of nearly 1600 factories in Bangladesh, including Multifabs Ltd.