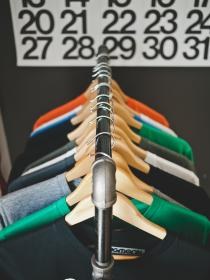 Garments will be marked by the Fairtrade Textile Production Mark that is always accompanied by a statement indicating the compliance level that the company or brand has achieved for its supply chain or chains. This means that garments will be marketed as 'fairtrade' even before a living wage has actually been paid to all workers. For CCC this is unacceptable. It is misleading for consumers and allows for disproportionate marketing benefits for brands.

The Fairtrade Textile Standard allows an implementation period of six years for a living wage and foresees that the factory management has to sign an implementation plan with worker representatives. But the factory has no guarantee that the brands stay as prices go up. If the burden of implementing a living wage rests entirely on the supplier, CCC fears that no factory management will commit to such a plan.

Furthermore, the Fairtrade Textile Standard says: “If remuneration (wages and benefits) is below living wage benchmarks approved by Fairtrade International, your company must agree with trade unions/workers representatives to a time-bound plan of maximum six years from certification to increase real wages to close the gap to living wages” (3.5.2). Firstly, wages need to cover the cost of living for the worker and his/her family. A living wage has to be the basic net wage, before bonuses and benefits, because bonuses and benefits are typically not granted to all workers, or they are tied to problematic pre-conditions such as e.g. attendance bonuses that often serve as disciplinary measure. Secondly, a living wage benchmark is not a self-contained scientific number. Deliberating and agreeing upon a living wage benchmark is a political process and requires extensive debate between stakeholders. So far CCC has not seen a Fairtrade Textile Standard benchmark for major production countries.

CCC already raised these and other concerns and gave detailed input during the Standard’s development. In March CCC published a detailed criticism of the Standard and much of this criticism remains valid today. In order to improve working conditions, a sector-wide approach is needed.