by mirjam — last modified 2013-09-02 15:16
The families of two workers killed when the roof of the Wing Star factory collapsed in May received compensation from the factory owner and the sole buyer, sportswear brand ASICS. It is the first time this calculation, set up by Bangladeshi unions, is used outside Bangladesh. 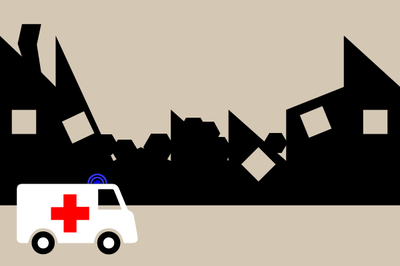 Twelve other workers injured in the collapse have also received payouts. The agreement, witnessed by the ILO, follows negotiations between the brand and the Solidarity Center, supported by CLEC and WRC.

The compensation sought for loss of earnings and pain and suffering for the families of the deceased was based on the "Bangladesh formula", developed following the Spectrum collapse and Hameem fire in Bangladesh, using modified inflation figures. Injured workers also received compensation and their medical costs have been paid. In addition, re-employment for the injured workers in Wingstar has been secured.  Once all legally-due payments from the National Social Security Fund have been received, injured workers and the families of the deceased will have received the full compensation amount according to the formula.

As these are the first deaths in Cambodian garment factories to be officially recorded, the use of the formula sets a clear precedent for other brands to follow in the future, should there be further fatalities.

The Wingstar case is the first time the compensation formula has been used outside of Bangladesh. This case proves that compensation can be calculated and distributed quickly and easily if the buyers choose to take responsibility. We are calling for the same formula to be applied in the cases of Tazreen, where 114 workers were killed in a fire last November and Rana Plaza where 1332 workers were killed in April.

Joel Preston, from Community Legal Education Center (CLEC), a legal aid NGO in Cambodia that supports workers said, 'The families of the deceased are relieved that Asics has done the right thing to compensate for their pain and suffering. It shows how the compensation formula developed by trade unions in Bangladesh can be used to compensate families that have lost their loves ones in tragedies like Wingstar Shoes. The compensation is sufficient for them to slowly re-build their lives again.'

The government is under pressure from labour rights groups and Asics to fulfil all its obligations through the National Social Security Fund and pay compensation to all injured workers and the remaining family of the deceased who are yet to be fully compensated.

David Welsh from the Solidary Center said, "While brands bear a huge portion of liability for workplace accidents, the case also highlights the shocking inability and unwillingness for the Government and specifically the NSSF to do their jobs and meet their obligations without significant private and public pressure. The NSSF's only real mandate is to deal specifically with these situations and they are funded in large part off the backs of some of the poorest workers in the world.  This tragedy has really highlighted how inept the system is and how crucial it is that the Government of Cambodia work quickly to improve the administration of the NSSF. The Government has not in any way been inclined to get involved in securing negotiations with the brands or factory or crucially to follow through with any criminal investigation and case against the Wingstar factory and/construction company involved in building what turned out to be a death trap".

Asics are reported to be checking the construction of all other factory buildings they are sourcing from in Cambodia. The Garment Manufacturers Association in Cambodia (GMAC) and the U.N.’s International Labor Organization’s (ILO) Better Factories program have urged Cambodian manufacturers to conduct structural audits on their buildings.

Ron Pietersen, Senior Executive Officer, Senior General Manager of ASICS' Global Legal & Compliance Division said: "Safety and ethical working conditions are of paramount importance to ASICS. We were therefore shocked and saddened to hear of the accident on 16th May 2013. While the factory is not operated by ASICS, we wanted to ensure that adequate support and assistance are provided to those affected, and that further safety measures to prevent such an incident happening again are put in place."