Tazreen fire: What brands should do, and their responses so far

by geertjan — last modified 2013-04-25 13:56
Brands should help the victims. The brands should take swiftly a clear principle commitment on compensation, which needs to be negotiated with the trade unions representing the workers at Tazreen, and be based on international standards as well as established precedents and customs in Bangladesh. The international buyers from the Tazreen factory bear responsibility for full redress of the victims, which includes contribution to the loss of income and damages for the injured and families of the dead. 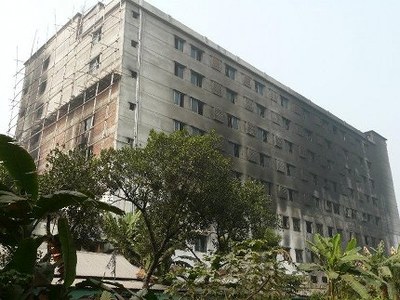 Additionally , medical costs for the short and long term should be covered. The full compensation package should also cover educational fees for the children of the deceased.  The distribution of these payments should be done in a transparent way and in coordination with trade unions.

Brands should support an independent investigation.

The Tazreen factory with blocked emergency exits and the absence of fire extinguishers to name a few issues, has again demonstrated the failure of audits to uphold minimum health and (fire) safety standards. The Tazreen factory did not have a safety certificate since June 2012 and the nine story building only had a building permit for 3 stories. A BSCI auditor recently stated that “purchase managers must have known that it was unsafe. Their [C&A - ed] auditors work in the same way as we do. They should have seen similar things”.

It is crucial that an independent investigation establishes the root causes and circumstances of the fire, makes all information available and ensures the prosecution of those found culpable. To this effect the concerned brands can and should make their audit reports public, support such an investigation to take place and acknowledge responsibility.

Brands should prevent a future Tazreen.

The brands should sign on to the Bangladesh Fire and Building Safety Agreement, developed prior to the tragedy by Bangladeshi and global unions and labour rights organizations. The agreement provides for, amongst other actions, independent inspections of supplier factories, public reporting, mandatory repairs and renovations, a central role for workers and unions in both oversight and implementation, worker-led safety committees and worker and management trainings, supplier contracts with sufficient financing and adequate pricing, and a binding contract to make these commitments enforceable. Brands who bought at the Tazreen factory should join PVH and Tchibo, two other brands who already signed the agreement, to avoid another Tazreen.

In addition, it is key that brands disclose their suppliers and promote the right to freedom of association to enable workers to express their concerns about unsafe workplaces.

Thus far, the brands sourcing from Tazreen have responded in the following ways.

C&A's Head of Sustainable Business Development Philip Chamberlain has visited Bangladesh immediately after the fire but failed to meet with the trade unions representing the Tazreen workers. Although they have publicly announced to reserve 5 million euros for the victims, monitoring and prevention, they refuse to engage with the trade unions on all Tazreen related issues ranging from the needs assessments and disbursement of compensation to the victims to a credible, transparent and independent prevention program.

Walmart has acknowledged receipt of our demands letter but has not otherwise engaged with any of the trade unions or labour groups following up on the case. They have been exposed for having refused to invest into making the Bangladesh garment industry safe at a multistakeholder meeting in Bangladesh in April 2011, where CCC was also present. Recently Walmart announced their own fire safety program in Bangladesh, but fails to disclose the content. There is no indication that this program will pay for the renovations that are needed, nor respond to any of the other key elements of a credible prevention program.

Li & Fung, the Hong Kong based international trading group that supplies many international brands with garments, has equally refused to engage with trade unions and labour groups. They have provided 100.000 taka to the Bangladeshi Garment Manufacturers and Exporters Association to give to each of the 42 families of identified deceased workers. Apart from this token gift, there are no other reports about any follow up steps with regard to the injured workers, prevention of fires or supporting of an independent investigation.

The German discounter KIK, who were also involved as buyer in the Ali Enterprises factory fire in Pakistan in September this year, which cost the lives of at least 262 workers, sourced from Tazreen fashions earlier in 2012. They entered into contact with CCC only after receiving several letters, and informed us on December 19 that they acknowledge responsibility. However, up to now, KiK has not yet committed to engaging with the trade unions representing the workers to ensure the full redress of victims as requested, nor did KIK give an answer to whether they will sign the Bangladesh Fire and Building Safety Agreement or not.

The UK company Edinburgh Woolen Mills has confirmed they were sourcing from Tazreen Fashions, but failed to respond in any way to the demands from the trade unions and labour groups. Disney has acknowledged receipt of the demands, but not given any more detail about its actions. The US based companies Dickies, Sean Combs (owner of ENYCE), and Kmart/Sears have not responded at all.