by geertjan — last modified 2013-04-18 14:14
Since May 2012, garment workers making clothing for Italian brand Original Marines at PT SC Enterprises have faced ongoing intimidation for their trade union activities. PT SC Enterprises is an Indonesian supplier located in Central Java exporting to the European market. Outwardly a green, “modern environmentally friendly garment factory”, conditions within the factory are grim, with low wages, long working hours and forced unpaid overtime. Workers are also highly insecure—out of 1,400 employees, 60% are on short-term contracts, 30% are casual and only 10% are permanent. 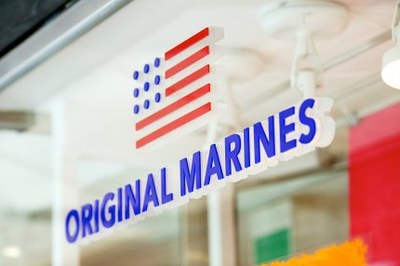 When PT SCE workers tried to form an independent union inside the factory, 42 workers were illegally dismissed, most of them union members. Organising efforts started so that workers could address serious violations of their rights including unpaid wages and forced overtime, pay cuts, and discrimination against women. Despite many efforts to seek positive resolution within the factory and involving the local labour authorities, nothing has changed in the factory and union members have been physically threatened by armed thugs. Meanwhile the international buyer Original Marines and its owner Imap are not taking concrete steps to push its supplier to comply with law and ILO conventions. Despite its public commitment to support social causes (http://www.originalmarines.it/om-sociale/cannavaro-ferrara-onlus.html), Imap is failing to uphold human rights throughout its supply chain.

Since May 2012 several violations of workers’ rights have been reported at PT SC Enterprises, an Indonesian supplier of the dynamic Italian brand Original Marines (owned by Imap). There is a long list of human rights and workers' rights violations at PT SCE including:

In July 2012 the CCC, the Italian union Filcams Cgil and Oxfam contacted the Italian brand Original Marines and called on them to ensure that its supplier acts in accordance with both local laws as well as international standards and conventions for businesses and human rights.

Despite workers reporting some small improvements in the more recent contracts workers have been given at the factory —for example the clause that explicitly stated that pregnant workers or workers suffering ongoing sickness would be fired has been removed— structural problems haven’t been solved and, workers still face intimidation.

Seven months is enough! Join us and call on Imap to make it stop!

Dear Mr. Pera
I am writing to you to share my deep concerns regarding the ongoing violations at your Indonesian supplier, PT SC Enterprises.

I have been informed by Clean Clothes Campaign about the dismissals earlier this year of 42 workers at this factory. These workers were sacked after they tried to form an independent union to address several violations of workers’ rights occurring in the factory. These violations include threats of dismissal and intimidation directed at workers who seek to unionise, exploitative and illegal use of short-term contracts and un-contracted workers, forced overtime as well as unpaid and under-paid overtime, workers’ wages subjected to illegal penalties, discriminative policies and regulations towards women.

According to the union KASBI, to whom dismissed unionised workers were affliliated and the Klaten district labour department the issues should be resolved via good faith negotiations under the condition that freedom of association is fully respected and implemented in the factory. The FOA Protocol, already signed by several, trade unions, suppliers and major international brands sourcing in Indonesia,  represents the most advanced tool to change the situation at the factory level. In adopting the Protocol, workers will have the freedom to organise and represent themselves collectively and establish mature industrial relations at the factory.

I am aware of the strong influence you have as the main buyer from the PT SC Enteprises and am alarmed that you are yet to implement a concrete plan to resolve this case.  I want to be sure your garments are produced under fair conditions. Therefore I urge your company to: