Light the Flame for a fair Olympics

by geertjan — last modified 2013-04-25 13:41
Summer is almost here and with it the Olympic Games in London. The Olympics Games aims to “build a better world through sport” and promotes values of fair play, respect and equality Unfair play, disrespect and inequality aren’t values we usually associate with the Olympics. But for some workers making Olympic goods and sportswear, this is what the Olympic ideal really means. 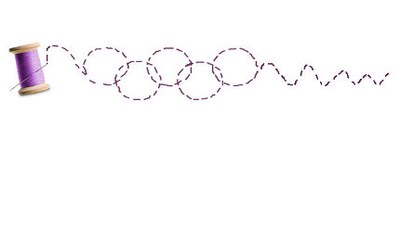 Recent evidence published by the Play Fair campaign in Toying with Workers' Rights and Fair Games shows that workers making Olympic-branded goods for London 2012 continue to be exploited.

Playfair has been campaigning since before the 2004 Olympics to get the International Olympic Committee to face up to their responsibility for the workers involved in making the sportswear, the team kits and the expensive souvenirs. Our campaigning has seen some positive changes- most recently the London organisers (LOCOG) agreed to establish a complaints mechanism and publish details of some factories producing for the London Olympics. However while LOCOG have also agreed to work with Playfair 2012 to ensure that future Games benefit from the lessons learned, the IOC themselves have refused so far to enter into any meaningful dialogue or take any concrete steps to improve worker's rights and livelihoods.

A key part of our demands are therefore targeted towards the IOC – asking them to create a positive legacy for each and every Olympics Games  and also to take responsibility for workers.

Playfair have built up a series of activities in the lead up to the games in July.

Email the IOC – Light the Flame : With the Olympic torch relay being held throughout the UK we are asking the IOC to take responsibility for the workers involved in the Olympic sportswear production.

Ask big brands to respect workers' human rights: The Fair Games? report investigated factories producing sportswear and uniforms for 2012 officials, in China, Sri Lanka and the Philippines. Evidence showed the systematic and widespread exploitation of workers including poverty pay, forced overtime and workers being too frightened to join a union for fear of losing their jobs.

Demand adidas gives PT Kizone workers the deal they deserve: adidas are refusing to pay a cent to Indonesian workers who are still owed US$ 1.8 million in severance pay a year after their factory, PT Kizone, closed down.

Find out about the Indonesia Protocol on freedom of Association: In June 2011 an historic protocol on freedom of association was signed by Indonesian trade unions, employers and multinational sportswear brands supporting the rights of workers producing for global brands in Indonesia to join unions and bargain collectively for better working conditions making a change.Play Fair calls on all footwear and garment brands sourcing from Indonesia to endorse and sign the protocol.

Watch a  video with John Carlos:  Carlos used his moment on the winners podium at the 1968 Olympic games to make a historic stand for human rights. In this short interview he explains his actions and how the struggle for human rights continues

And finally, since it is about Games after all, pretend you are a worker: enter the world of a sweatshop where you can try to produce an Olympic cap. See how you get on in keeping up with deadlines and ensuring quality control!