Sous Chantha – Imprisoned labour leader from Cambodia due in trial

by geertjan — last modified 2013-04-24 09:51
On 24 June, after 8 months imprisonment, Sous Chantha is due to appear in court. We all hope he will be released. The CCC issued a letter to the Cambodian government calling for his immediate and unconditional release and for the reinstatement of Sous and the other workers who were dismissed after a national strike for higher wages in September 2010. The CCC is also in touch with the relevant brands to demand the reinstatement of the dismissed workers. 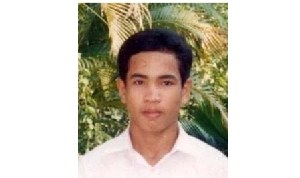 Other labour rights organisations and trade unions are also working for his release. The case of Sous Chantha, the reinstatement of the dismissed workers and the new trade union law were raised at the recent meeting of the International Labour Organisation in Geneva. The Committee of experts looking at the labour rights violations in Cambodia stated that “the freedom of association rights of workers and employers could only be exercised in a climate free from violence, pressure and threats of any kind, it urged the Government to take the necessary measures to bring an end to impunity in relation to  such violent acts against trade unionists and to ensure that the perpetrators and the instigators of these heinous crimes are brought to justice”.

We will find out on Friday if Sous will be released or not and if not then we will take further action along with Cambodian unions and global supporters.

Sous Chantha has spent almost 8 months in pre-trial detention since his arrest on 18 November 2010 on  framed drug trafficking charges. His arrest directly followed his 1,000-member union’s migration to the pro-workers Coalition of Cambodia Apparel Workers Democratic Union (C.CAWDU). Information gathered by the Cambodian human rights group LICADHO strongly suggests that Chantha was framed in retaliation for changing his union’s affiliation  - indeed just one day after he joined the union he was arrested.