by geertjan — last modified 2013-04-25 13:21
Take action now to condemn the kidnapping of a trade union leader at a Marks & Spencer supplier factory in India. The union leader was abducted on August 25 by a gang at the factory grounds where he works. The kidnapping was part of a brutal attack against 60 workers, mostly women. It took place as they arrived for work at the Viva Global factory in Gurgaon, India. 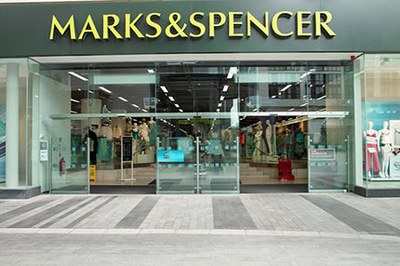 UPDATE (11 may 2011):  The workers of Viva Global have reached a (partial) agreement. Therefore the appeal is closed now

The workers were attacked by thugs brandishing hockey and lathi sticks as they arrived for their shift at 9:30am Delhi time. One of the thugs has been identified as the labour contractor used by Viva Global to recruit workers for the factory. Sixteen women were severely beaten and a union leader was kidnapped.

The orchestrated attack on the workers follows months of their campaigning to improve working conditions at Viva Global. The workers complain of targeted and irregular dismissals, excessive and forced overtime, wages below the minimum wage, verbal and physical abuse, failure to pay mandated social security, lack of drinking water and a host of other serious violations.

Harassment of union members, including threats to life, dismissals and threatening with dismissals, and physical violence has been increasing at the factory in recent weeks. On Monday August 23, Viva Global officials attempted to prevent workers from entering the factory and made threats against union leaders and workers.

The same day a tripartite meeting was held between the Viva Global management the Labour Department and the Garment and Allied Workers Union (GAWU). An agreement was reached that all dismissed workers would be reinstated and the threats of violence against workers would immediately cease.

After Wednesday's violence and the abduction of Mr. Ansari, Viva Global workers and a large number of supporters are holding an ongoing demonstration outside the factory. The President of the union, Ms. Anannya Bhattacharjee, has ended a hunger strike she had initiated after the abduction of her colleague.

Updates will be posted on the Twitter feed and Facebook pages of our UK member organisation 'Labour behind the Label' as news comes in. Sign up to receive these updates at www.twitter.com/labourlabel or http://www.facebook.com/#!/pages/Labour-Behind-the-Label/149595231718129

Please send an email today to the Viva Global management to demand that:

I am writing to express my shock and outrage at the attack on workers at the Viva Global factory on August 25th 2010.

Such action plays no part in an industry that claims to be so vital in the economic life of India. Nor should it take place in the supply chains of multinational brands who claim to respect the rights of their workers around the world

I hope that this incident will finally lead to the improvements demanded by your workers and that this will open a new chapter of mature and civilised industrial relations at your company, where workers are able to negotiate their pay and conditions and where all those associated with Viva Global can benefit from its success.