Can’t we rely on governments to enforce and regulate work conditions?

In an ideal world, governments would do so. However, most garments are produced in poorer countries with weak enforcement, repressive laws or other issues. Brands also pit the countries against each other in a race to the bottom. 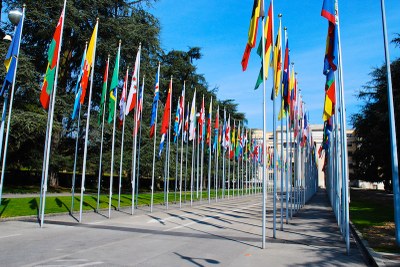 All governments have a responsibility to protect workers and their rights, to regulate companies and foreign investments, as is stated in the United Nations Guiding Principles on Business and Human Rights. Many garment workers, however, live in countries where trade unions are banned, labour laws are not enforced and corruption is rampant. Brands look for production countries where worker organising is weak. Who, then, will regulate these regions?

At CCC, we support our international partners who lobby for worker protection in their countries. Yet one government, constrained by its own economy, cannot solve the garment industry’s problems on its own. They also are trapped in a system where brands can withdraw their orders at any time and there is a perverse incentive to push down wages and restrict the right to unionize because brands still reward that behaviour.

Therefore it is brands – not governments – who possess the size, power and responsibility to disrupt the global garment industry with increased standards for workers.