Wings are not for sale

An unprecedented journey into the world of fast fashion in which the personal reflections of a group of fashion students intersect with a political one that addresses the impacts of the fast fashion industry on human rights and the environment through direct testimonies and exclusive interviews with experts and activists.

Contribute to the making of this film with a donation.

The Covid-19 pandemic brought the lives of younger generations to a standstill, but at the same time heightened attention on social pressure to compulsively buy clothes.

After a long sleep, Daedalus wakes up a prisoner in the labyrinth he himself has built, entangled with Ariadne in a red thread which the Minotaur binds himself to people with. Saddened by the loss of his son Icarus, Daedalus decides to look for him in the contemporary world dominated by brands and the unbridled consumption of clothes.

Alongside his journey, a group of fashion students reflect on what lies behind glittering fast fashion shop windows: a ruthless production structure built on the erosion of labour rights on a global scale, as well as on the failure to protect the environment and worker health. The students find themselves in an old factory, also entangled in the red thread, hostages of the Minotaur. They try to free themselves by waving blackened wings made from old, worn-out clothes.

Coupled with experts interviews, textile workers and human rights activists, we descend into the underworld of a phenomenon which relies on unspeakable tragedies such as the collapse of the Rana Plaza and daily alienations such as those experienced by retail workers to survive.

Will Daedalus be able to find his Icarus in the rubble of the fashion system? Will future designers be able to spread their ragged wings to escape the Minotaur and leave the labyrinth of turbo consumption behind them? Is it still possible in this world to rediscover the taste of rebellion? Through the testimonies, alternating with the work in progress of the exhibition resulting from the educational project #FashionReverse, curated by Fair in collaboration with hòferlabproject, the documentary restores the spirit of the journey between art and activism, which involved young people along the Peninsula, in a collective reflection on the concept of transparency and human rights in fast fashion.

- Kalpona Akter, activist and director of the Bangladesh Center for Workers Solidarity in Bangladesh 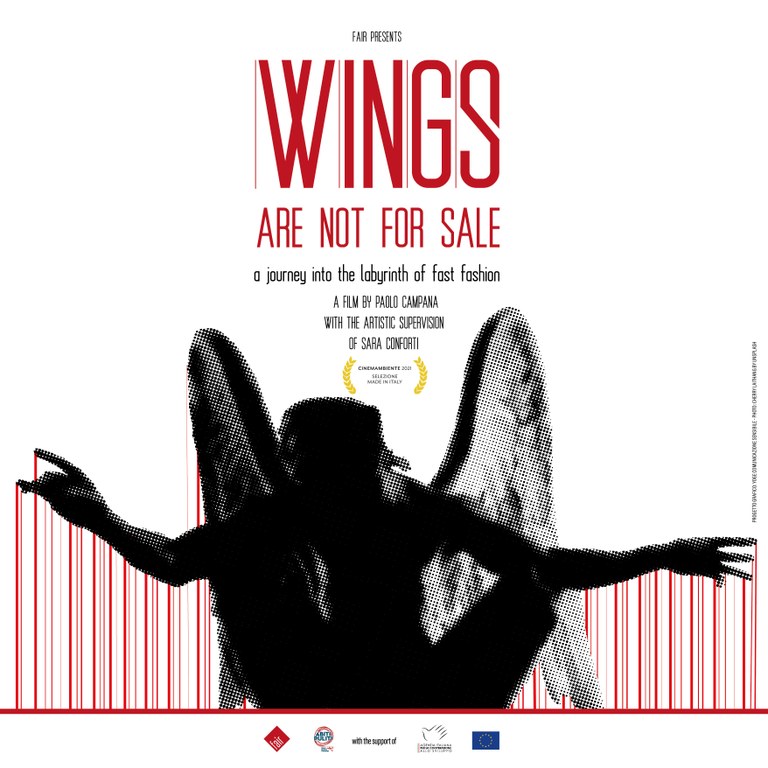 Directed and edited by: PAOLO CAMPANA

Post-production and mastering: BASE ZERO

The song CAMBIARE is by AME 2.0, produced by JONNY B