Philip Green is the Scrooge who haunts millions of garment workers

The collapse of Arcadia in the lead-up to Christmas, and with it the demise of Sir Philip Green’s controversial reign over the UK high street, has a Dickensian feel to it.

Over the years, Green has embodied the role of billionaire boss, brazenly handing his wife a tax-free £1.2bn dividend in 2005 (four times the actual annual profits made by the company), while relaxing on his luxury yacht in Monaco. He has rarely showed concern for the workers propping up his empire.

The stark prospect of 13,000 workers losing their jobs and an estimated £350m pensions deficit during a global pandemic is more than enough to constitute the bleak reality of Christmas present, and Arcadia’s collapse will send further shockwaves throughout the fashion industry. Already, news has emerged that Debenhams faces liquidation as JD Sports pulled out of rescue talks, a knock-on effect following the closure of Arcadia’s concession outlets in the department retailer.

Like many global clothing brands, the accumulation of huge wealth by those at the top of Arcadia over the past two decades has been facilitated by supply chains that exploit and maintain global inequality. Garment workers, predominantly women of colour, who stitch clothes for Arcadia brands have been reported to work up to 12 hours a day, six days a week, in some cases earning as little as £4 a day.

Arcadia sources production in countries such as India, Bangladesh and Cambodia to take advantage of low workers’ rights protections. By chasing the lowest wages around the world, global brands not only maintain poverty wages in many countries, but actively drive wages down in real terms and erode hard-won protections for those doing the work.

Prior to the Covid pandemic, many garment workers were surviving on the poverty line, but 2020 has pushed them well beneath it.

The Worker Rights Consortium estimates that Arcadia cancelled in excess of £100m worth of existing orders with suppliers. While many clothing brands that initially cancelled orders have since reinstated them, Arcadia has remained immovable, its failure to engage with labour rights advocates showing complete disregard for workers’ livelihoods.

The actions of global brands in cancelling orders, delaying payments and imposing heavy discounts on stock have already had a devastating impact on workers, who were paid only meagre wages before the crisis. Our research at Labour Behind the Label shows that workers are owed between £2.42bn and £4.38bn in unpaid wages from the first three months of the Covid-19 pandemic alone.

If Arcadia enters liquidation, it is unlikely there will be enough money to pay off the debt owed to creditors in full. As unsecured creditors, suppliers are likely to be paid only after secured creditors (one of whom is likely to be Green himself) and costs of liquidation are covered. Invoice insurance company Nimbla estimates that i Arcadia will leave up to £250m in unsecured debts to suppliers.

There are compelling calls for Green to fulfil a moral duty and dig deep into his own pockets and plug the pensions deficit for Arcadia’s workers. However, the story of the fall of Arcadia is about more than one man. It is the inevitable outcome of a global system that prioritises profit above all else. Global brands hold extreme power and wealth, while pushing the financial cost and risk on to workers themselves. The system is rigged against workers at the bottom of the supply chain. In times of crisis, the ones who can least afford it pay the biggest price.

Workers rights groups such as Labour Behind the Label are calling for drastic reforms to the industry, including the establishment of a Severance Guarantee Fund, which would ensure workers are paid severance and legally owed wages in the case of insolvency. Brands such as Arcadia have proven time and again that they cannot be trusted to protect the workers in their supply chains through voluntary codes of conduct. It is abundantly clear that we need binding legislation and supply chain regulation to hold brands to account for human rights in their supply chain.

Arcadia may be the biggest brand to collapse in the wake of Covid-19, but it won’t be the last. It is vital that brands and governments take heed now and ensure that the debt from the pandemic does not fall hardest on the thousands of workers in producing countries. 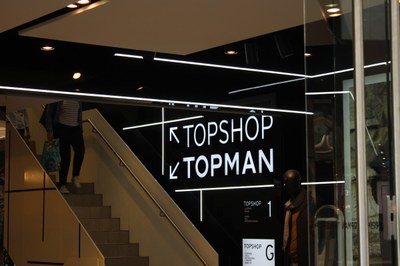